Are you ready for some history accompanied by pictures? Well then, get yourself a cup of tea, coffee, or if it’s that time, something a bit stronger and relax as I take you through some hidden Tuscany gems. This journey will be in a few parts. I tried to narrow it down the best I could regarding the pictures, and choosing those that represent the places we visited, along with objects or people as well.

Our road trip started from western Germany, heading south toward Austria, and then Italy—approximately a 15-hour drive. We arrived in the evening, so the later part of the journey through the mountains was in the dark, and when I say dark, I mean dark. There are no street lights to guide you on the narrow roads. And, as a warning, drive at your own risk. I believe Italian drivers consider speed limits are suggestions.

After a good night’s sleep, we woke to a sunny Tuscany. This is the place and area where we stayed. 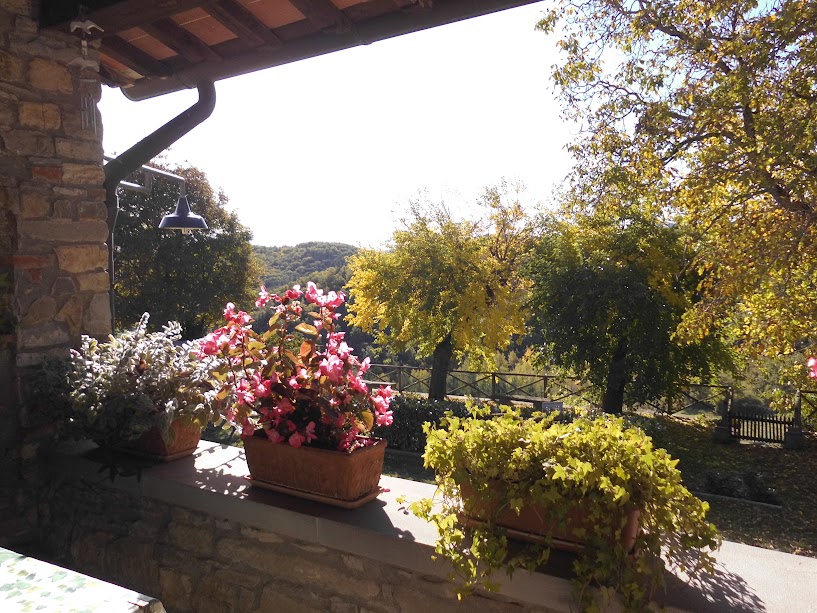 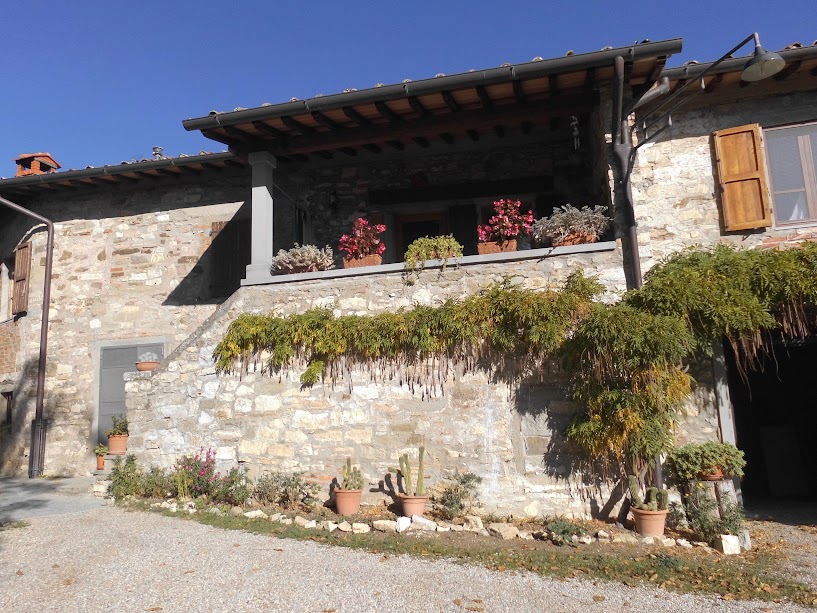 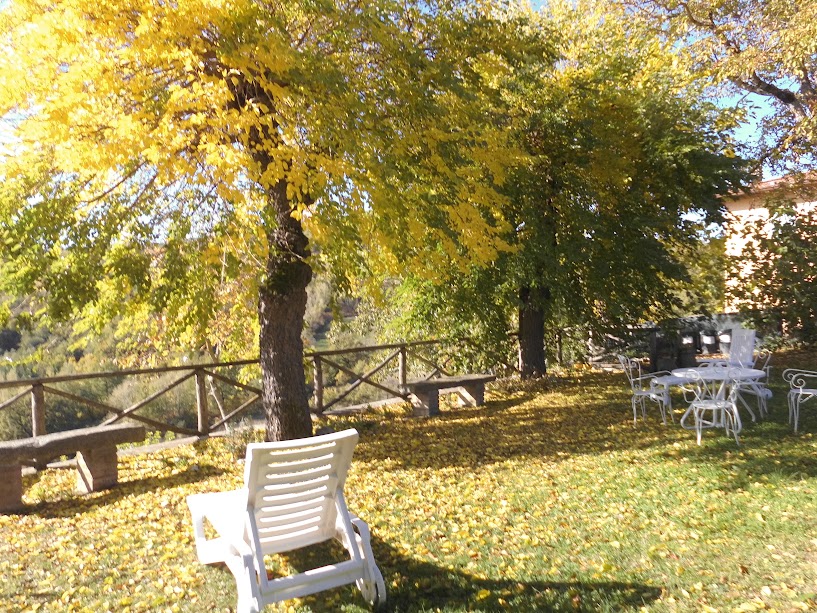 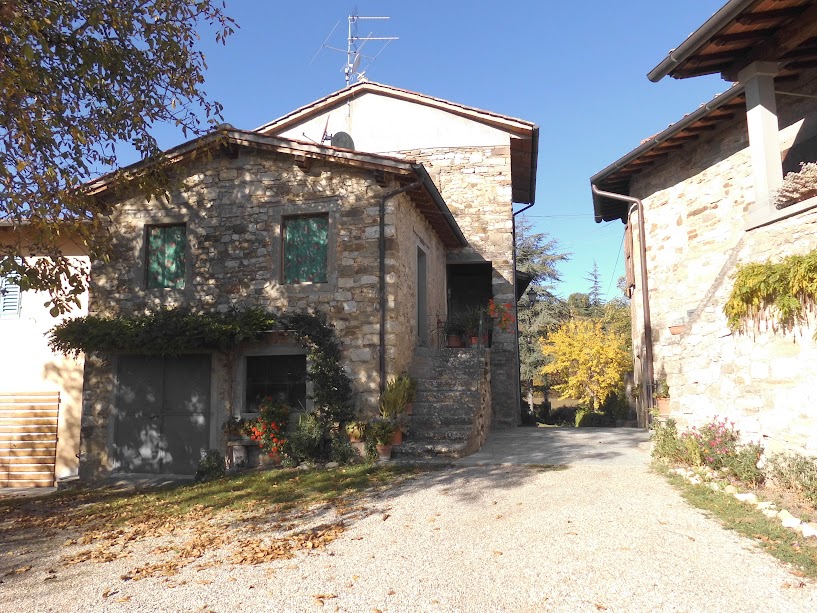 We chose the town of Poppi in the Province of Arezzo, which is on the eastern side of Tuscany; east of Florence and Northeast of Siena. I pictured rolling hills, vineyards, and olive groves, but Tuscany is more than that. Poppi is rugged with mountains and forests, whereas other parts of Tuscany taper off into the vineyards and olive groves. Ruled by the Guidi Family from the early 1000’s until 1289, Poppi’s medieval town still embraces years gone by. 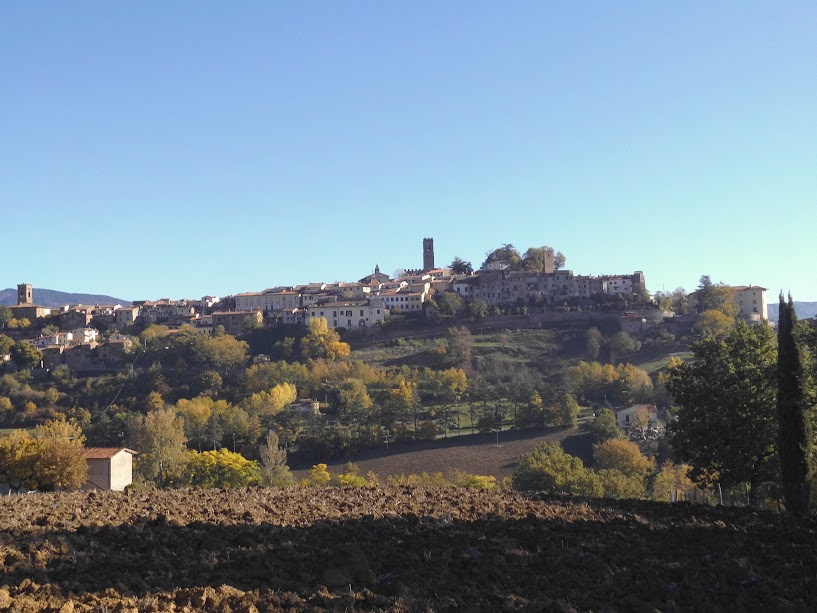 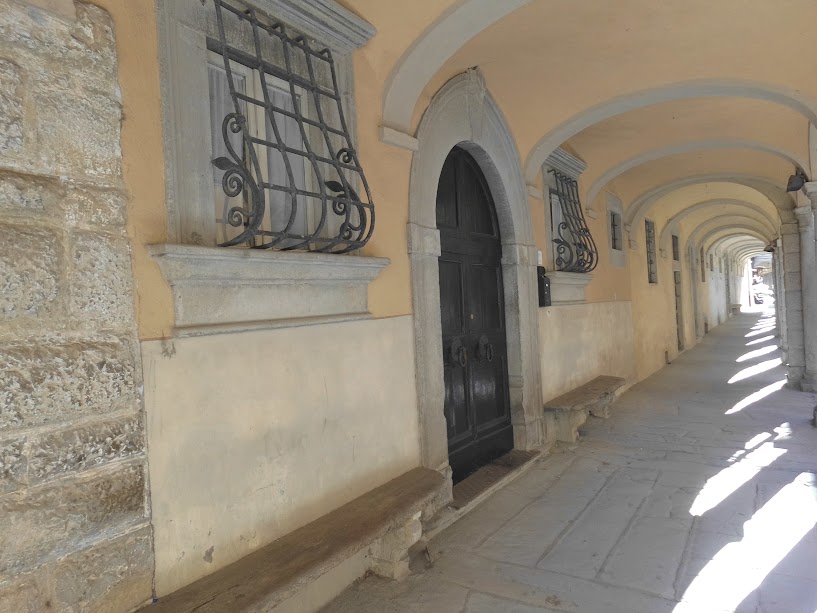 First mention of the Castle of Poppi was in 1169. 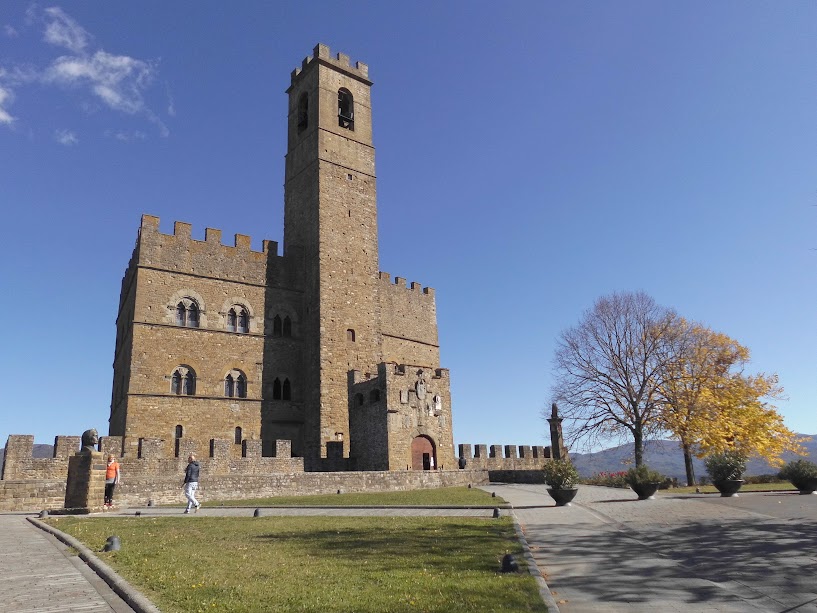 A picture of an older couple looking out onto the hills 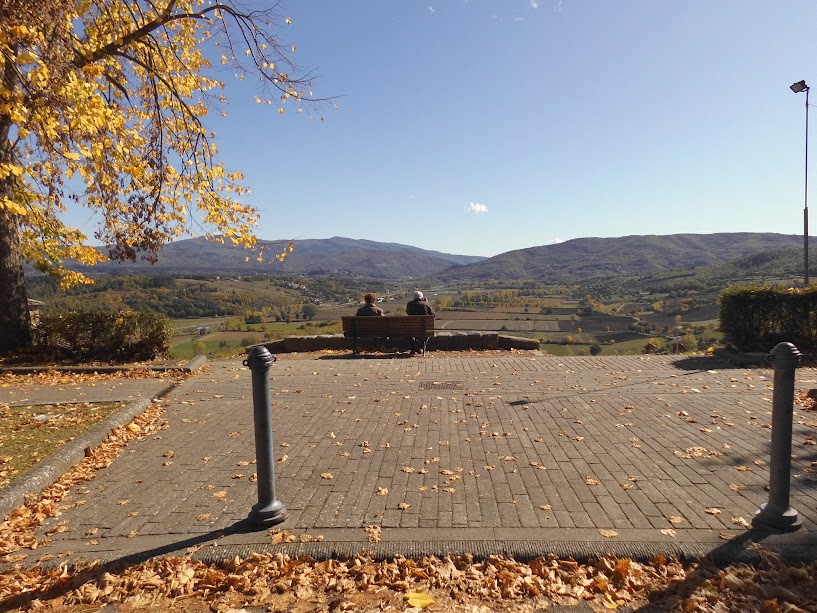 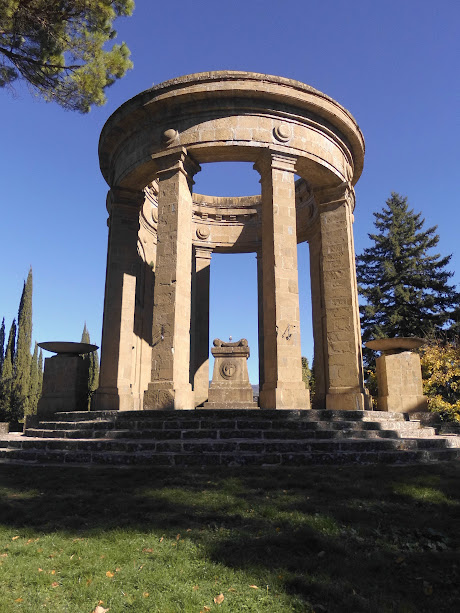 This man was painting over old lettering. I don’t know if this is a craft or what the process is called. 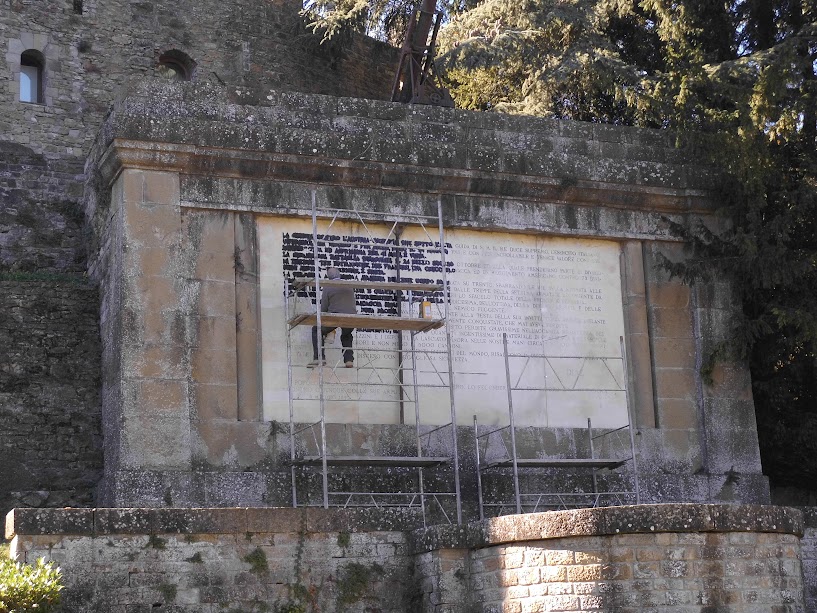 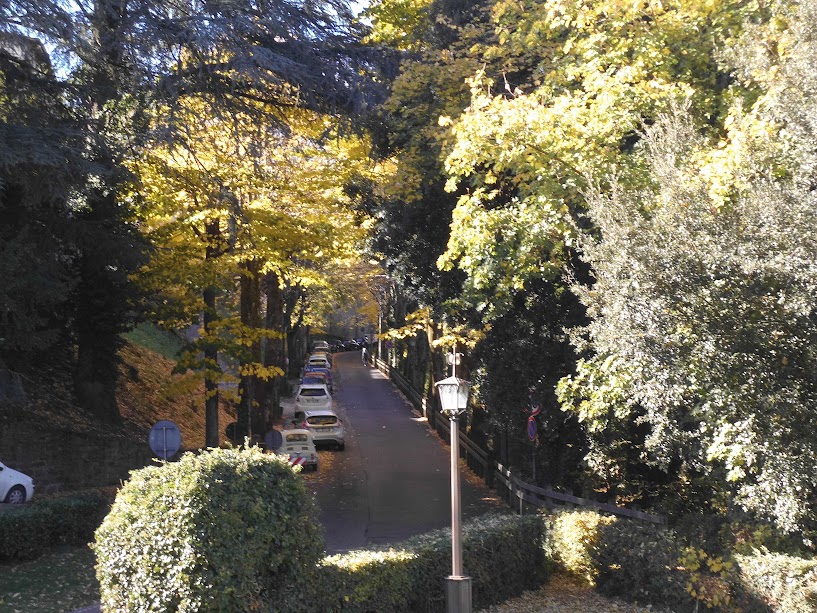 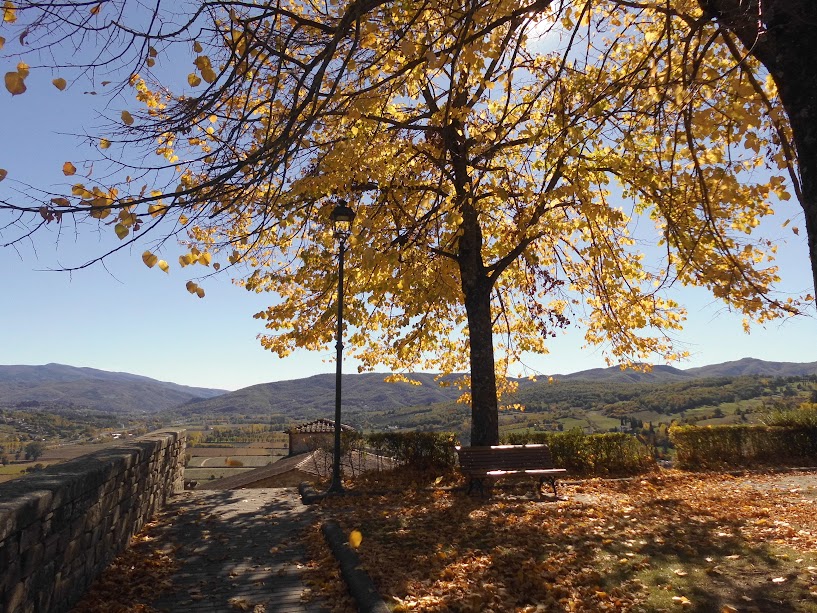 The next day we decided to do some hiking in the Pratomagno mountain range. The Arno River runs on both sides of this range and its highest peak is approximately 5,226 feet. Of course, we drove through the mountain range and walked 600 feet up.

This is my husband, his aunt, and Shakespeare hiking up the mountain. 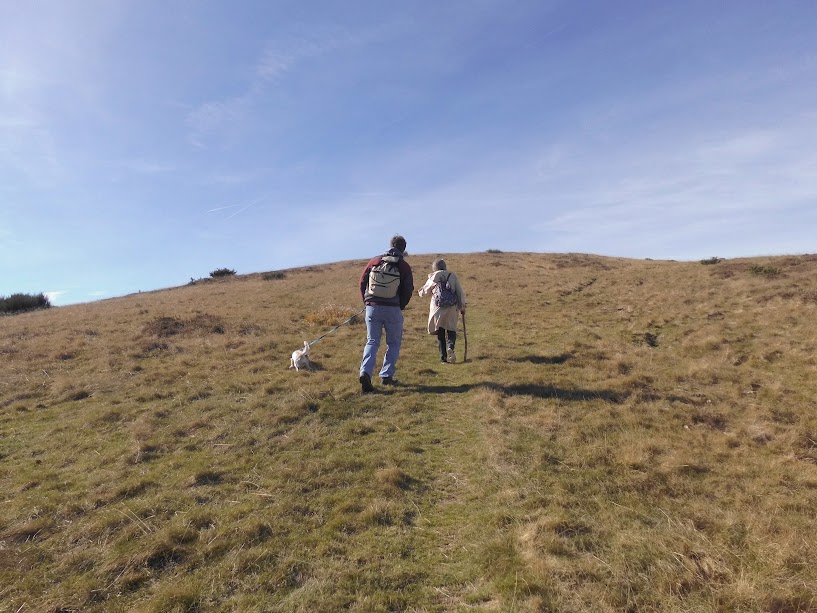 And this is what we were walking toward. 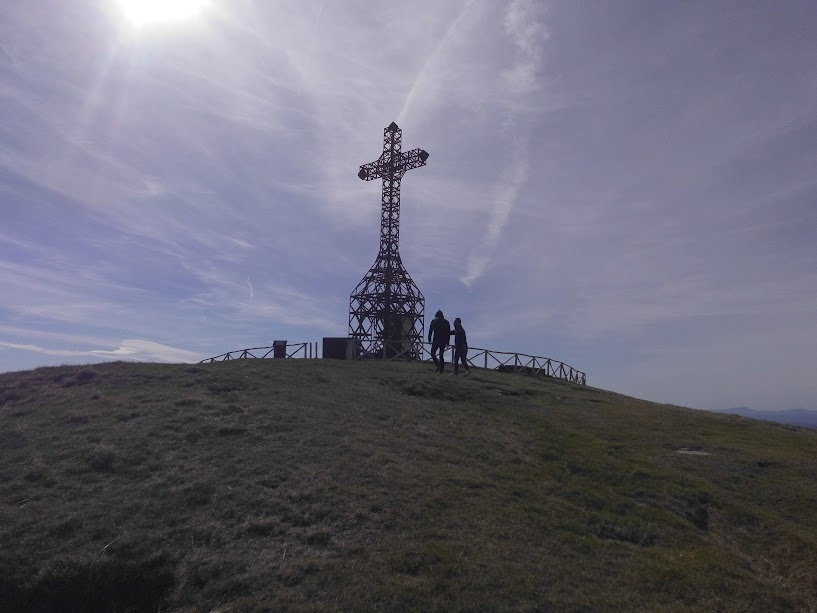 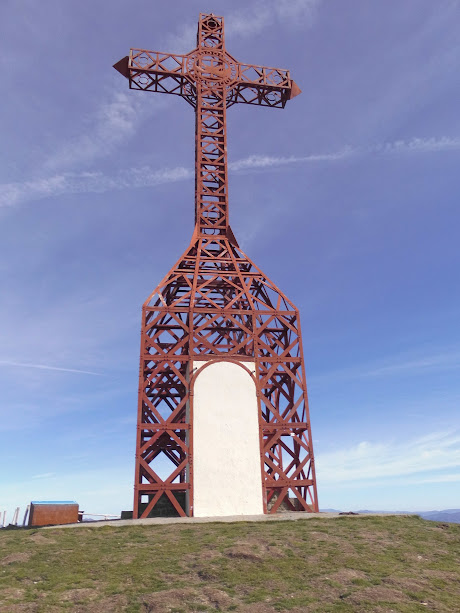 There were wild horses roaming around. To my surprise, they were friendly and kept following my husband’s aunt because she had an apple in her backpack. 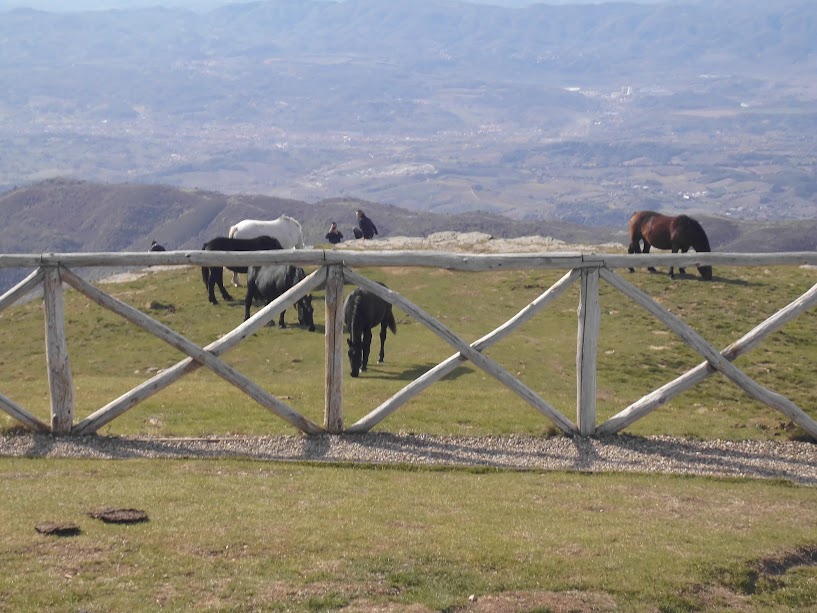 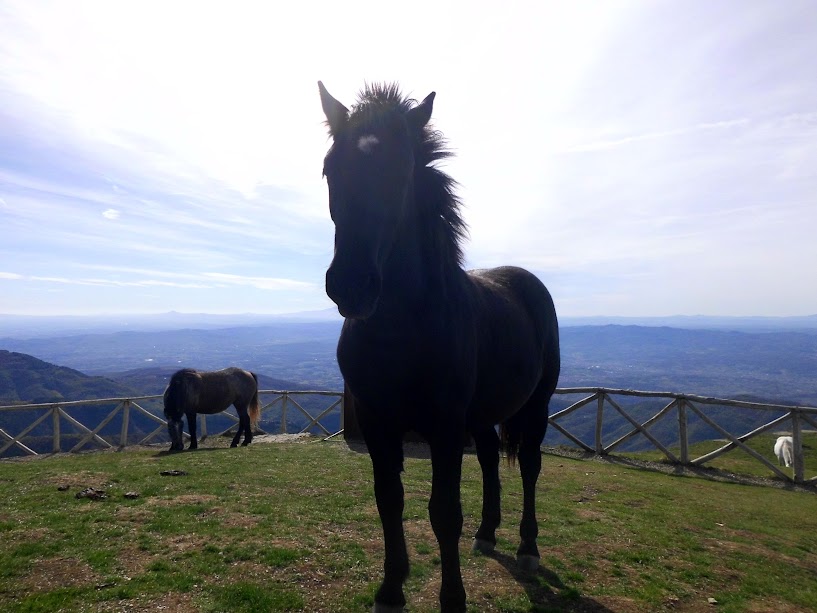 We did a day trip to Siena, which is about 2 hours from Poppi. The historic center is part of the the UNESCO World Heritage Site. Like many areas in Tuscany, Siena was first settled by Etruscans, approximately around 900 BC, by a tribe called the Saina. Local legend believes the town was founded by Senius and Aschius, who were the nephews of Romulus whom Rome was named after. They fled Rome after Romulus killed their father. 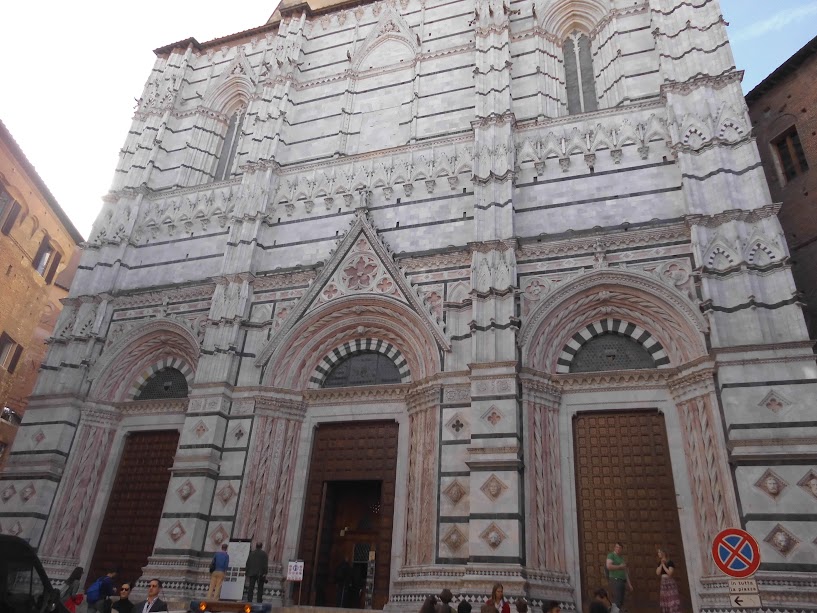 This pottery store was built within a cave. 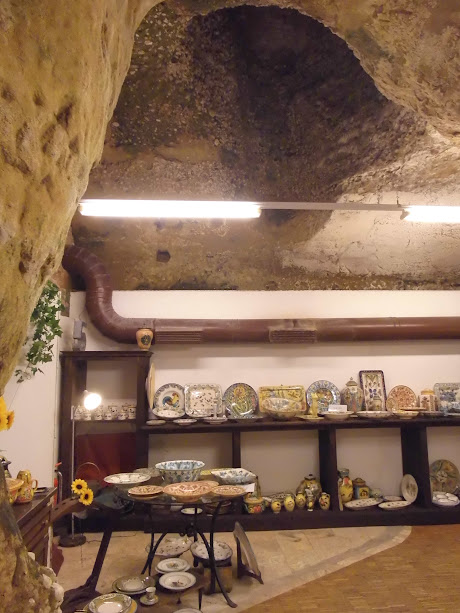 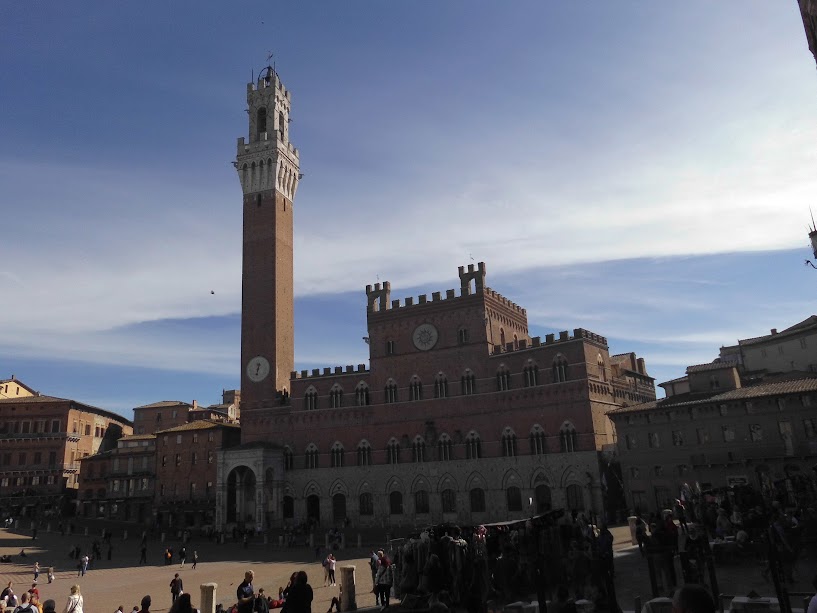 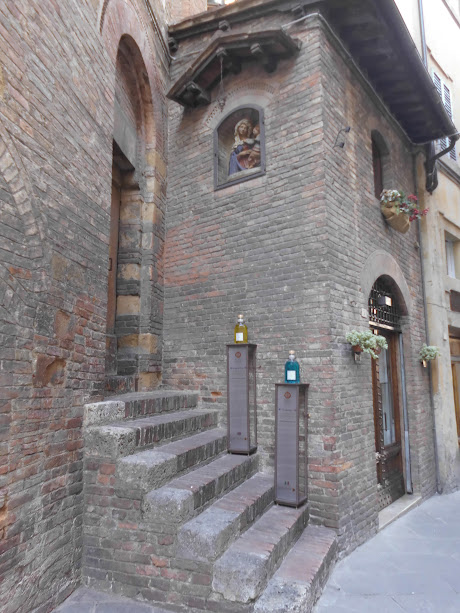 This is a sculpture on the wall. 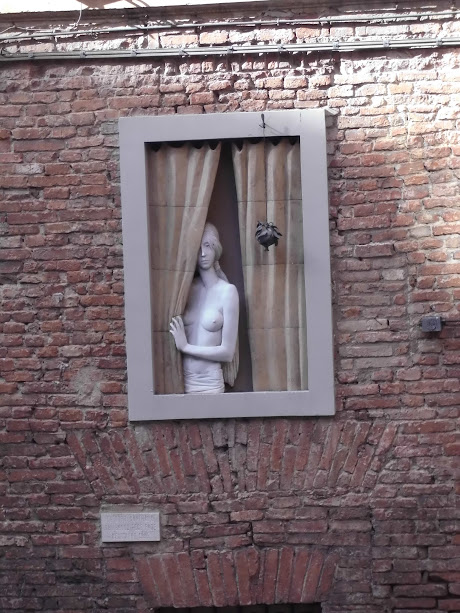 This is the University’s courtyard. 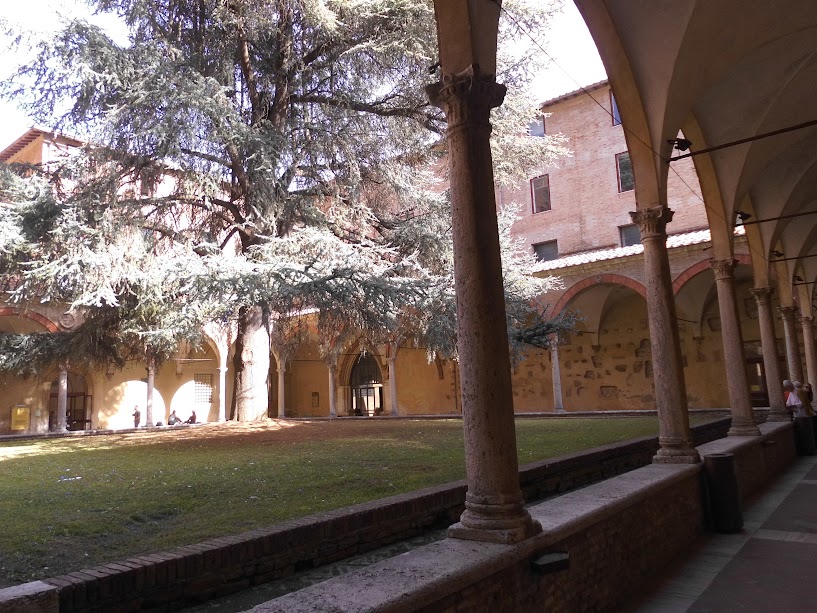 And last, a tired Shakespeare ready to crash in the car. 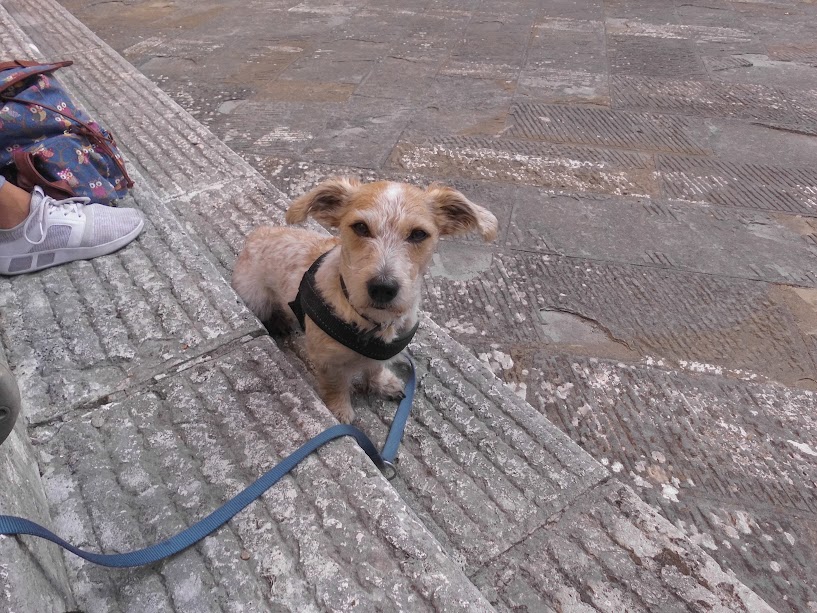 And this ends this part of our trip. Stay tuned for a few more Tuscany travel posts.