This week is a continuation of our Tuscany Trip. If you haven’t already, head on over to the Trippin’ to Tuscany – Part 1.

In the first week of our vacation, after Siena, we did a day trip to Cortona, Le Celle, and Montepulciano. Cortona is small town set on top of a hill in the Chiana Valley, which offers great views of the valley and Lake Trasimeno. Dating back to Etruscan and Roman times, it’s a little slice of beautiful Tuscany with its remains from the Etruscan period. Outside these ancient walls is the house where they filmed, Under the Tuscan Sun. The restoration of the house was not done during filming, but in 2006. If you’d like to see the film’s version vs. what it looks like today, visit Hooked on Houses.

When we arrived, we parked down below and took an escalator and stairs up to the town.

A view from a small piazza where we entered the town. 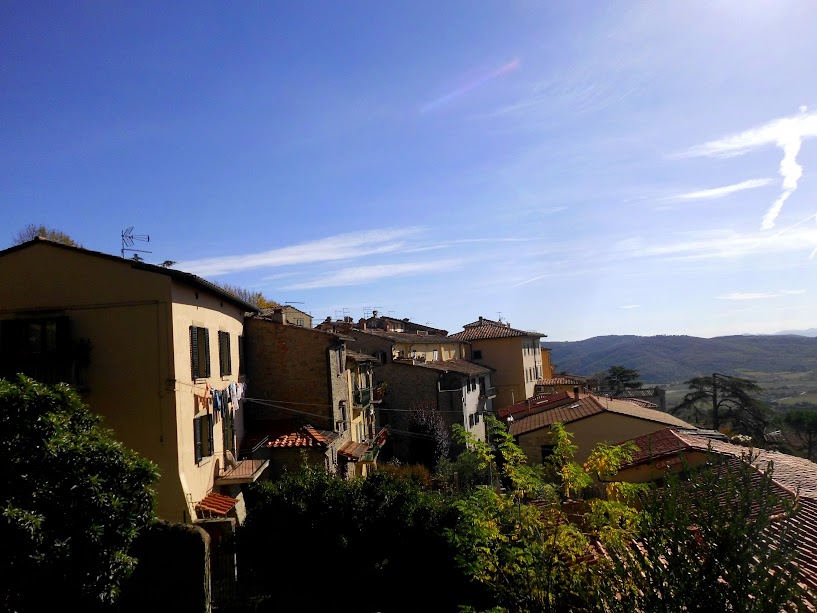 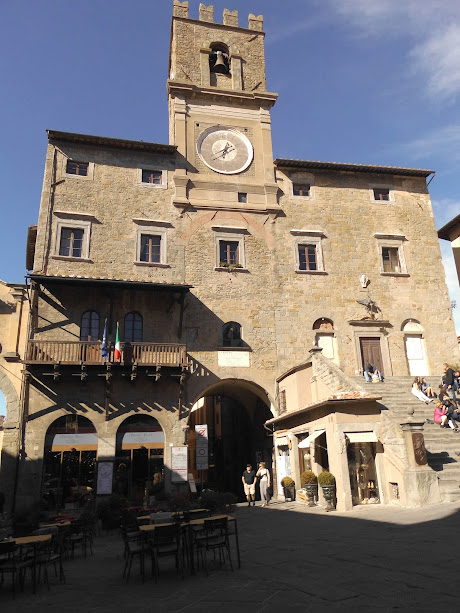 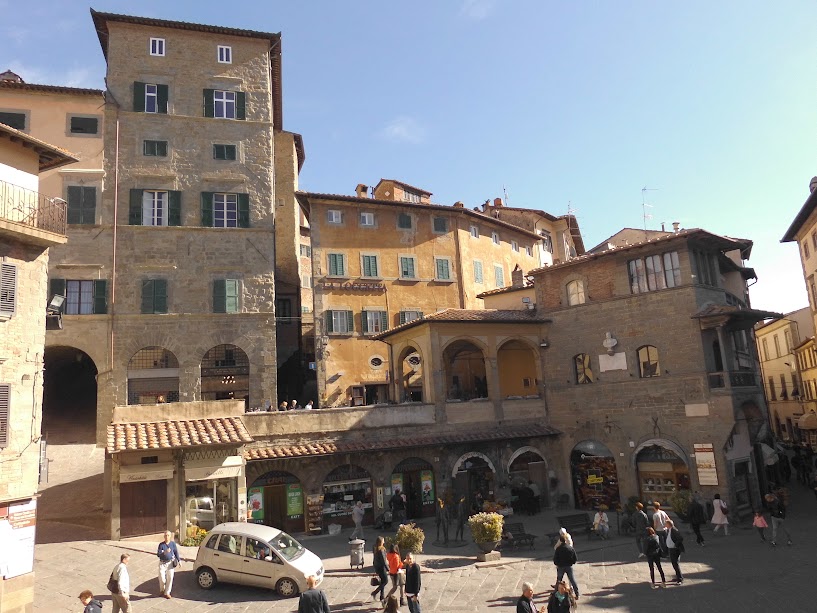 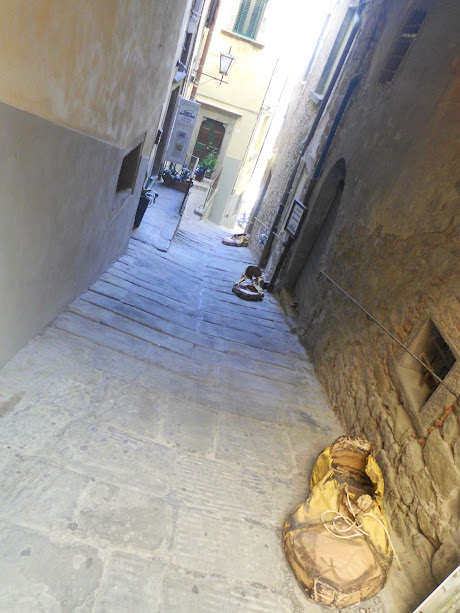 A planter outside a Gelato Café 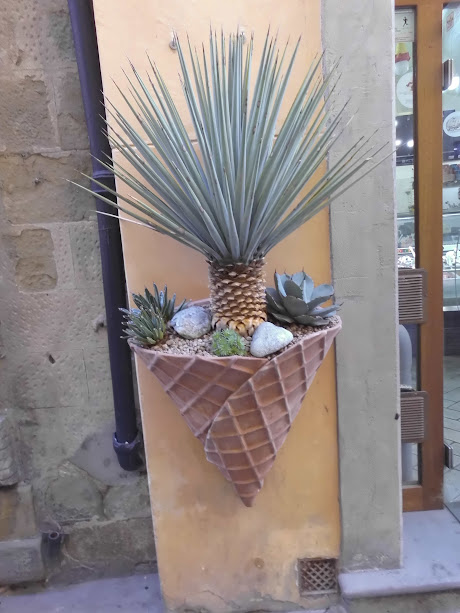 Worn stone buildings balanced and jutting out up and around the city walls. 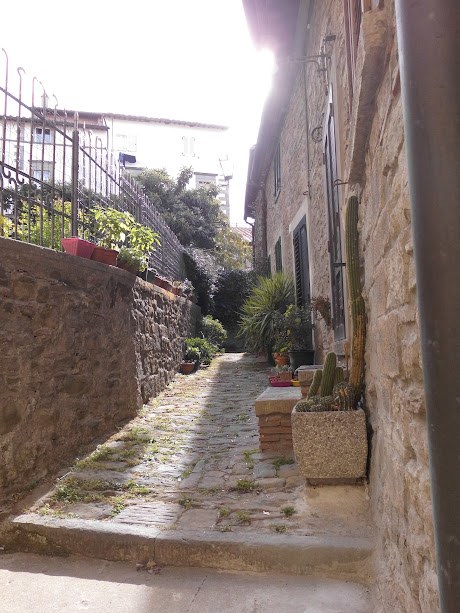 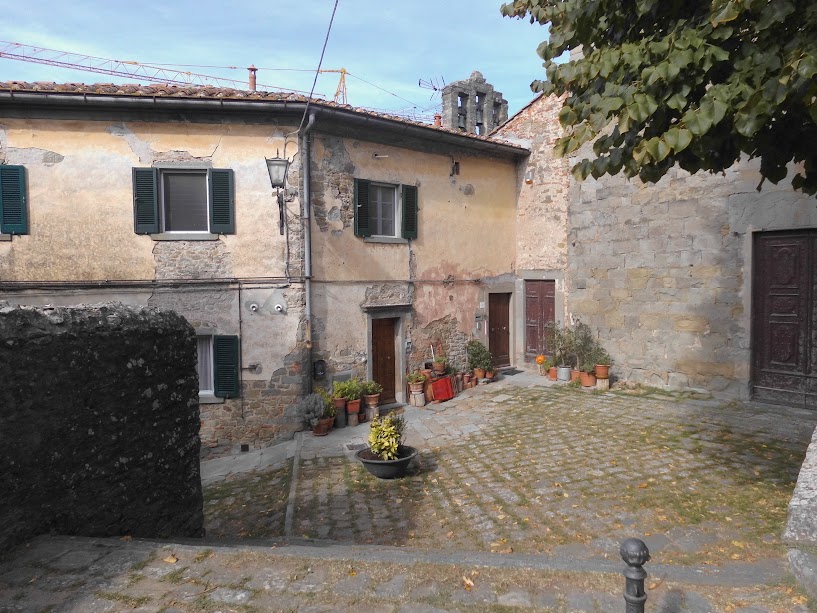 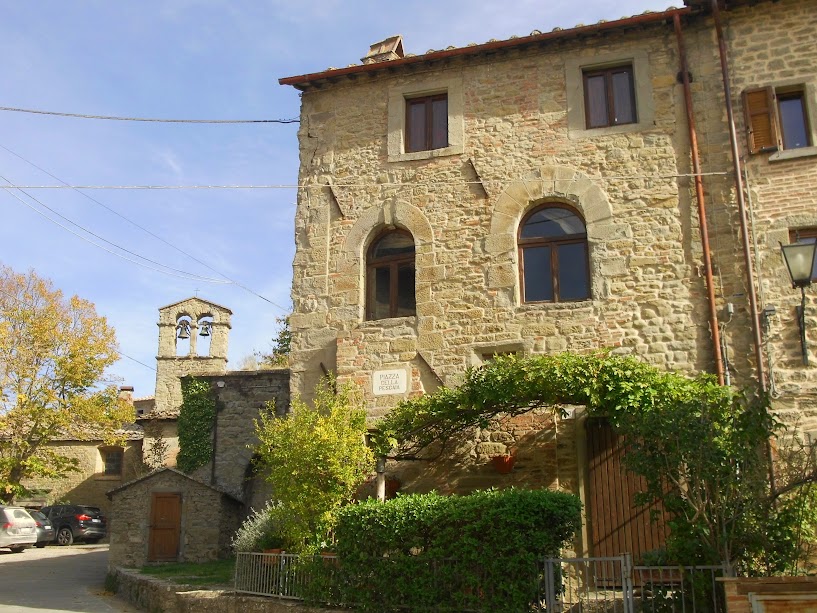 Taken from the ancient walls is a cemetery; the first big cemetery I’ve seen in Europe. 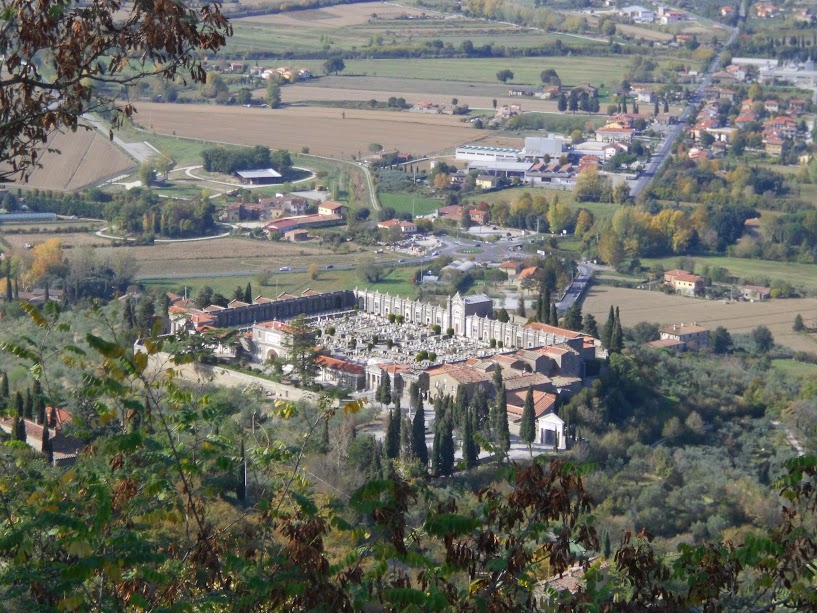 Not far from Cortona is Le Celle Hermitage, a Franciscan hermitage. St. Francis of Assisi and some of his followers built a few of the cells in 1211, which is how the place received its name. After the death of St. Francis, Brother Elia restored works to make sure the place remained property of the Franciscan order. He is believed to have broken stone from the cave to create a chapel, and behind it, the cell where St. Francis lived. As of today, seven friars inhabit the place, practicing St. Francis’s teachings.

Here are a few pictures of the grounds. 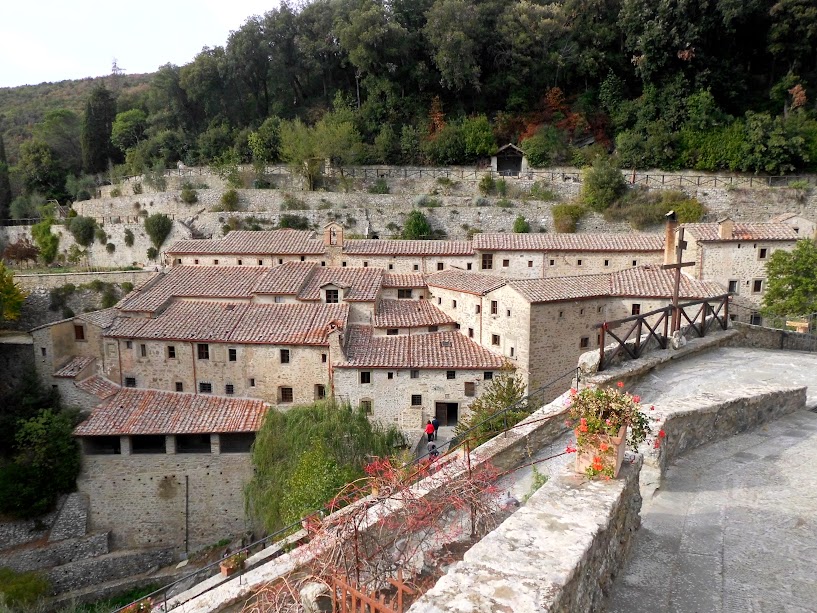 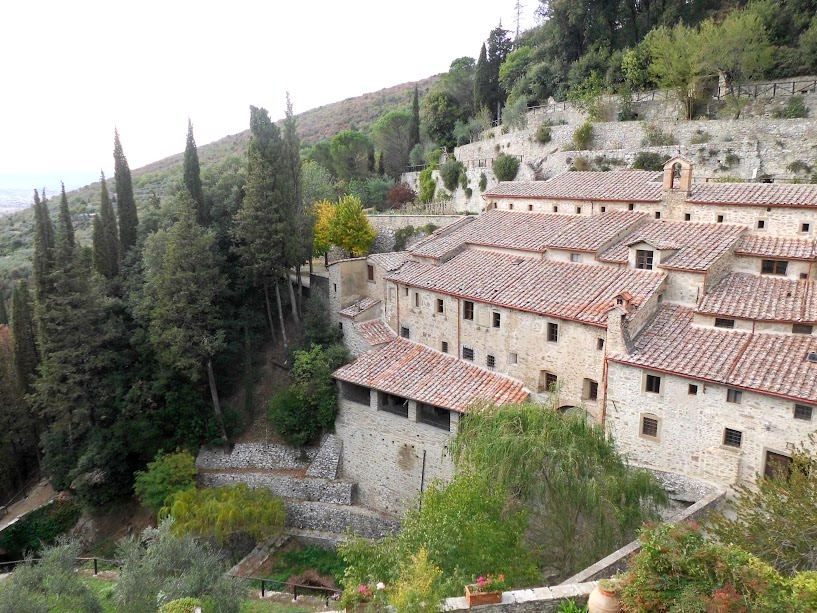 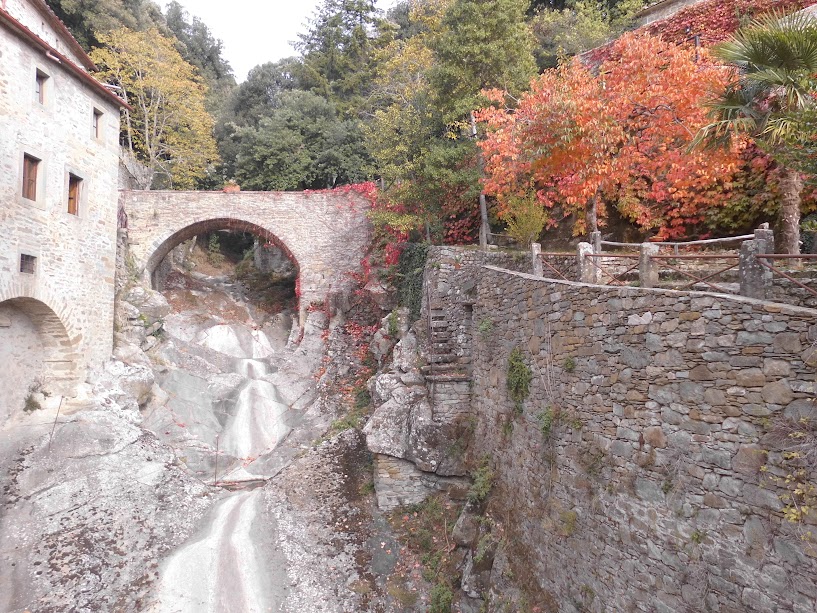 Stairs leading up to the church and cell where St. Francis lived. 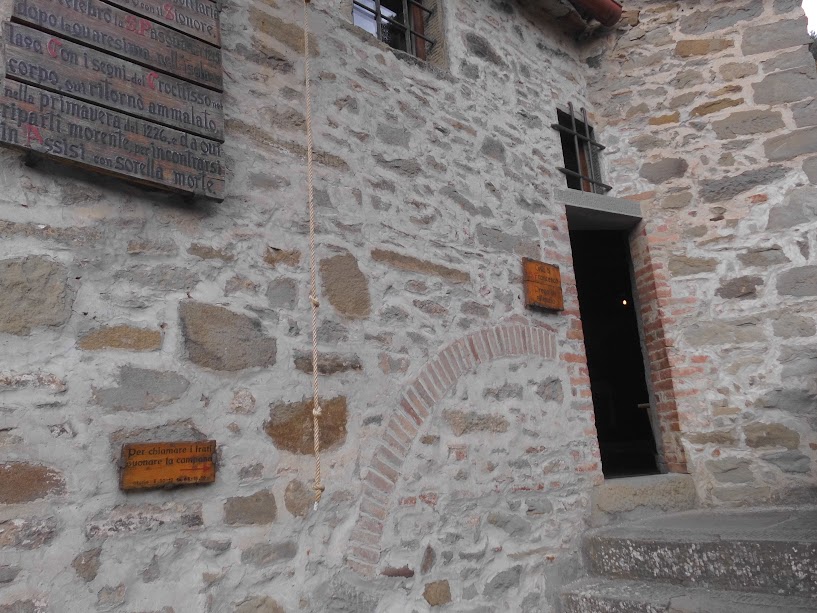 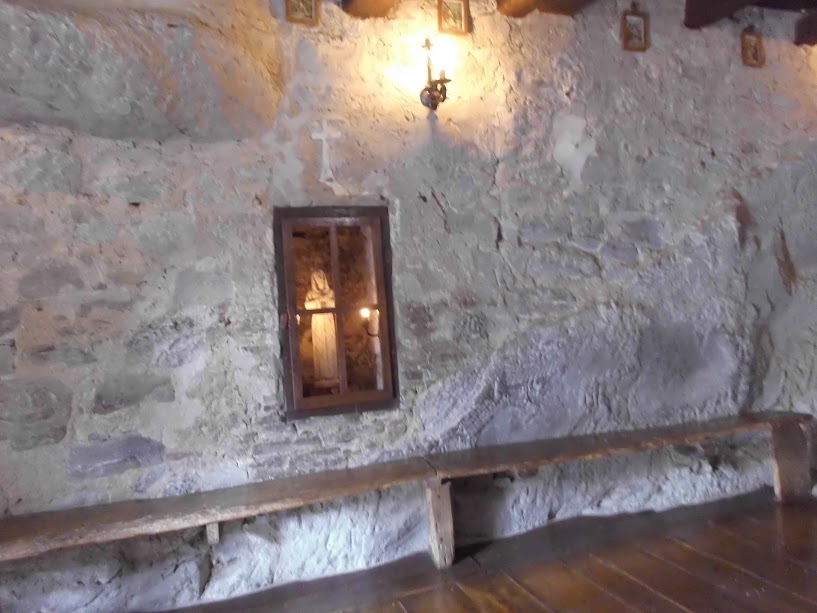 The cell is small, so I was only able to get half of it. 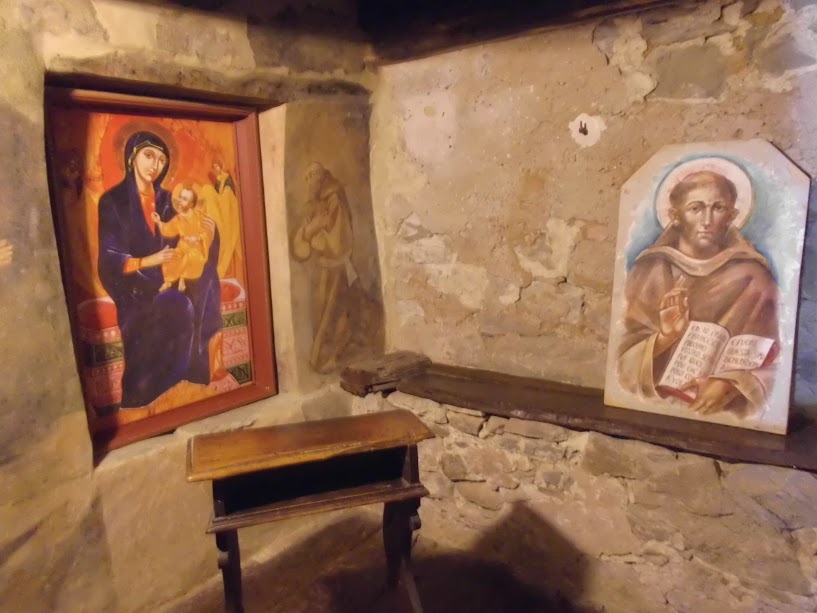 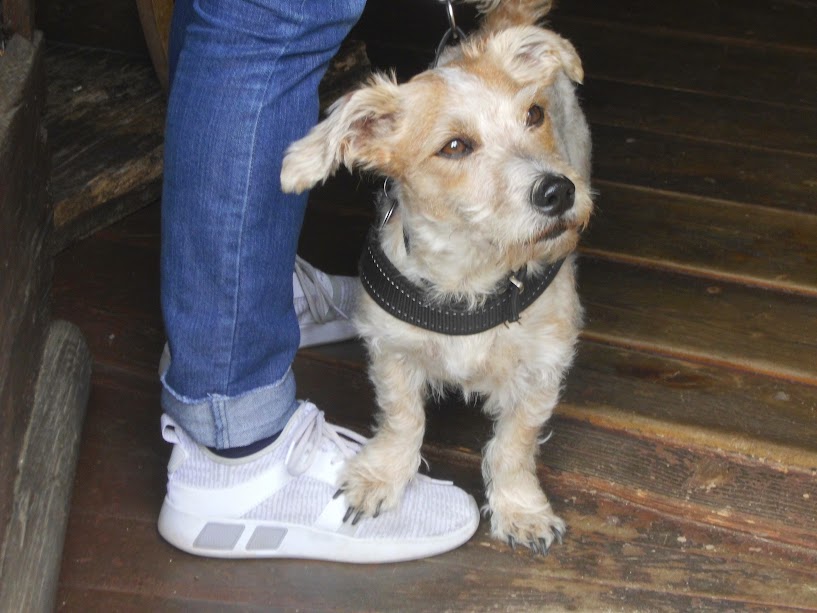 From the monastery, we drove south to another small town called, Montepulciano, also located on a hilltop with panoramic views. Famous for its wines, one can always self-medicate any aches and pains from walking the steep streets with a few glasses. Montepulciano dates back to the 4th Century B.C. It suffered during the 13th Century from the struggles between historical enemies, Florence and Siena for the land. The center of commercial and artistic life helped establish Monte Pio in 1467, the first bank in the world.

The town is a great place for anyone wanting to learn about the Renaissance Period. Unfortunately, we didn’t do much research prior to going so we didn’t capture the prime places of the town.

A statue of a horse at the front of the city. 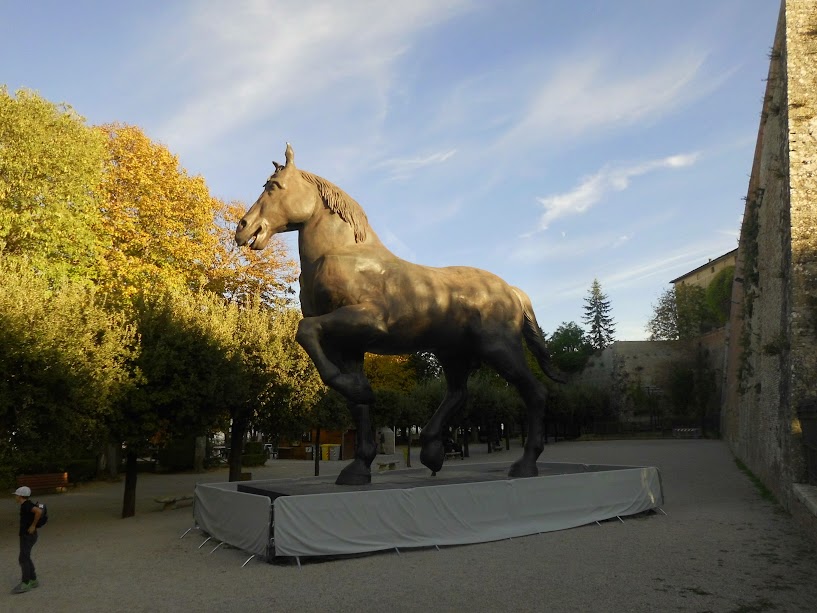 Inside one of the wine stores, we took a free tour underneath it that consisted of old artifacts and the wine barrels used to store their wine. 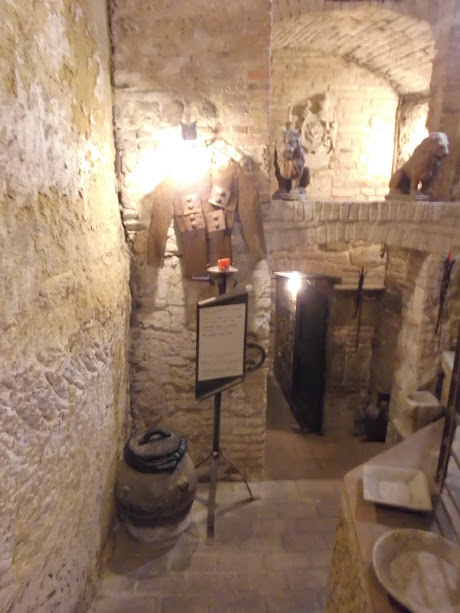 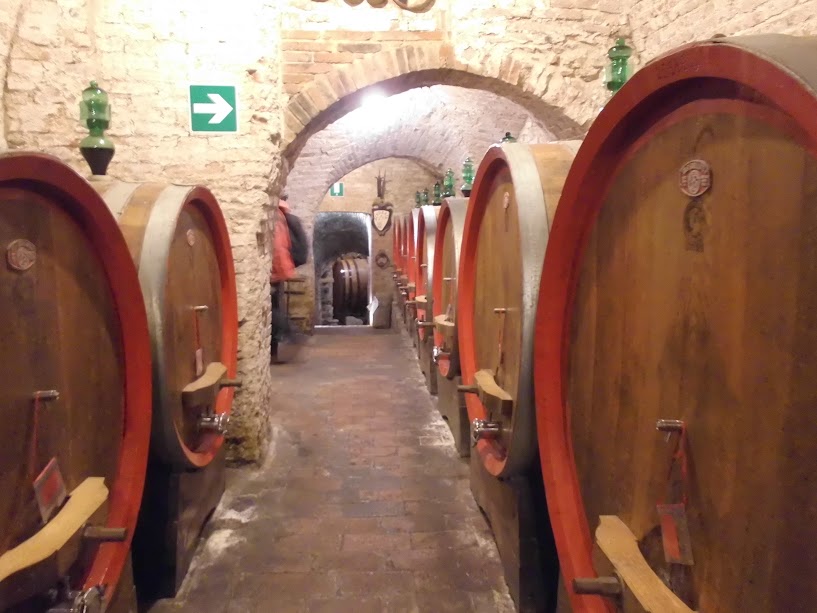 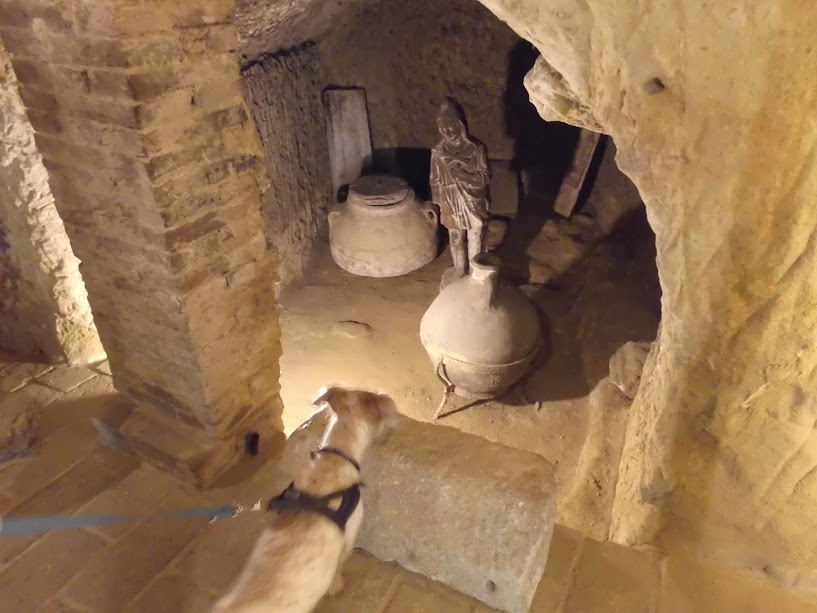 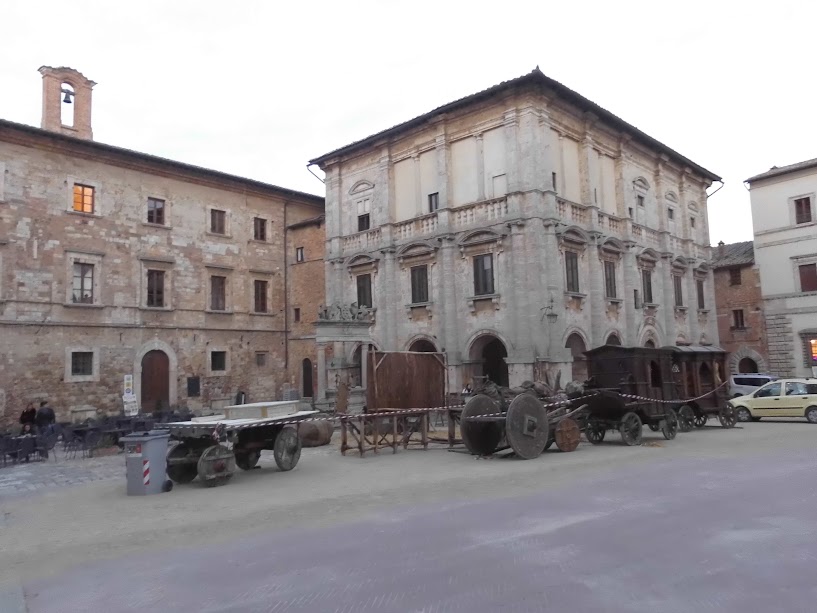 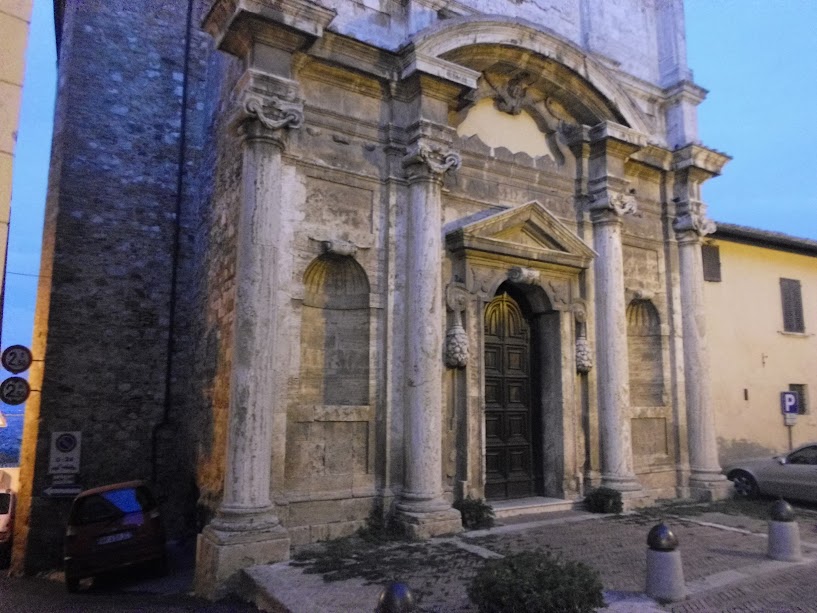 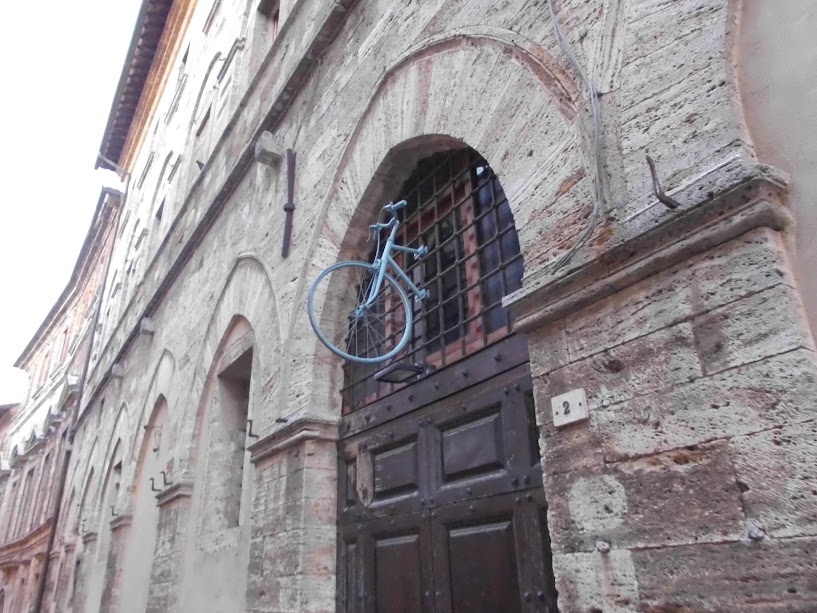 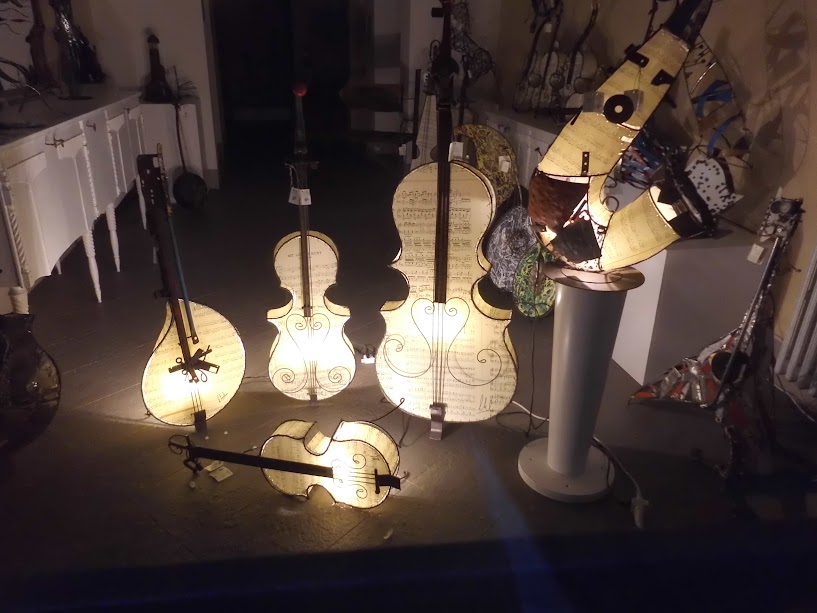 We arrived in the mid-afternoon, so it was perfect for panoramic views of the sunset 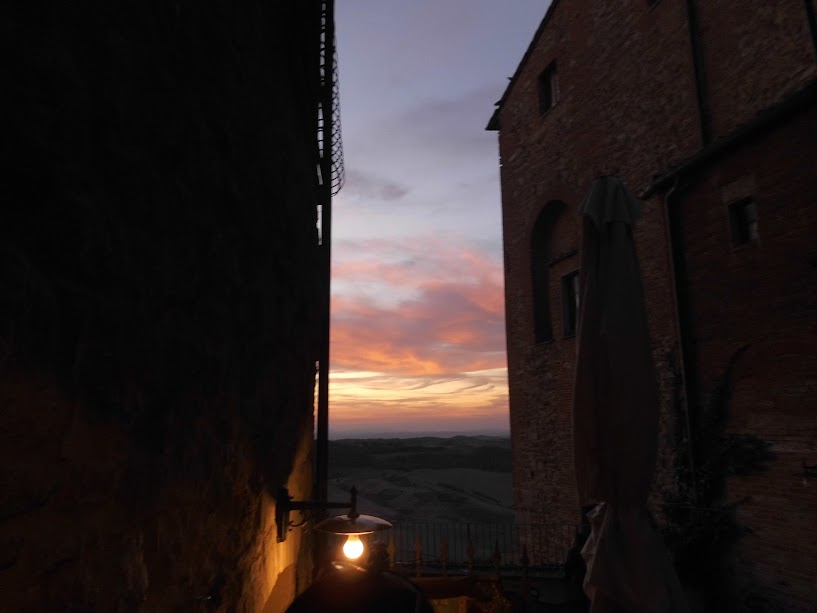 Another end to a fabulous Tuscan day. Stay tuned for a couple more posts of our Tuscan travels.

Enjoy some Parmigianino cheese, olives, and a glass of Chianti.

To those in the States, have a safe and filling Thanksgiving.