Today’s a continuation to our summer vacation in South Wales, UK. If you didn’t get a chance to stop by last week, you can check out Oh How Lovely to start at the beginning of our journey.

Not far from our cottage was the Carreg Cennen Castle. I never tire of castles. While I roam the ruins, I think back to those difficult times, how much manpower was needed to build and protect, and how easily one fell prey to punishment.

This castle was one of the more impressive ones. At the site of the castle, remains had been uncovered dating human activity to prehistoric times. It’s assumed the first structure built here was around 1197. Due to feuds and wars, including the Wars of the Roses, for control over England, the castle endured damaged. During the Roses’ War, the Lancastrian (House of Lancaster) took hold of it, but a York (House of York) force won the battle and demolished it with 500 men. 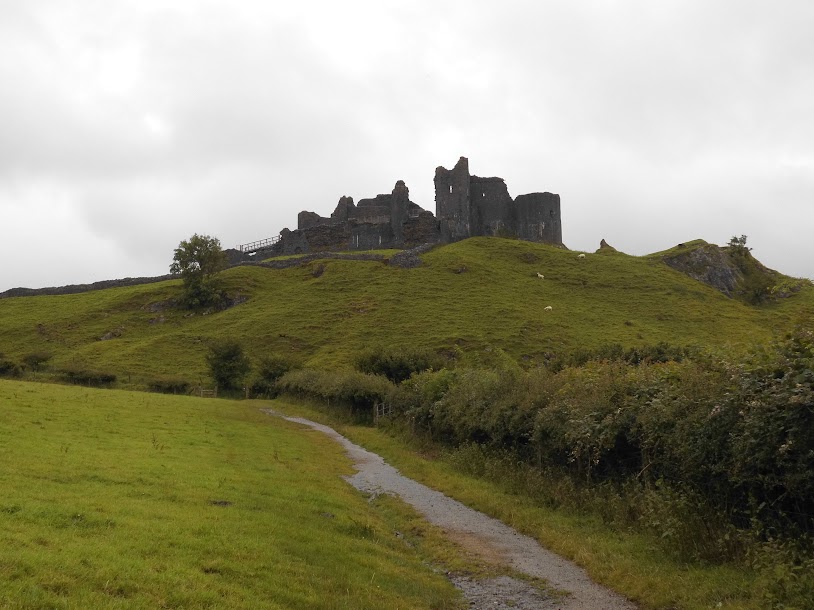 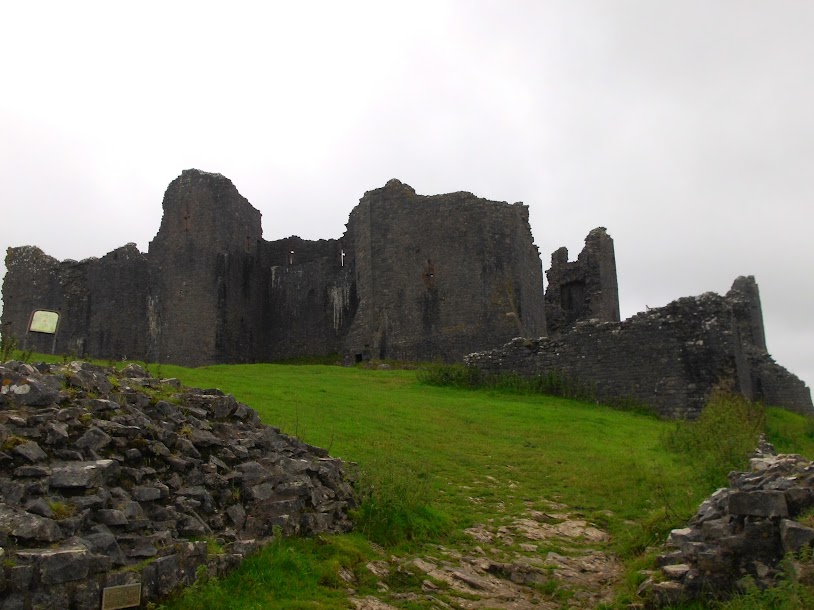 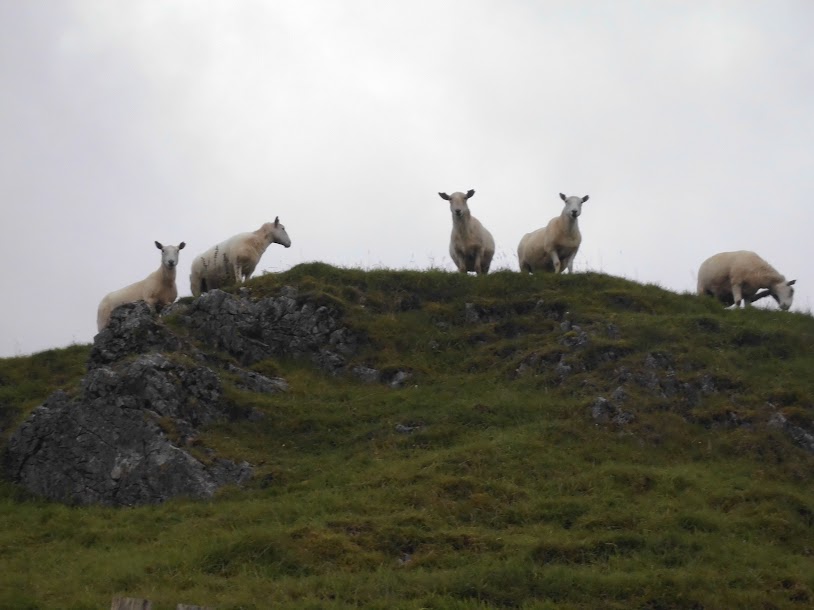 We had to keep Shakespeare outside the fenced in area or he would have gone after every lamb. This is a result of his carrying on, wanting to get to them. They ran up on the hill and looked down at the little crazy creature barking at them. 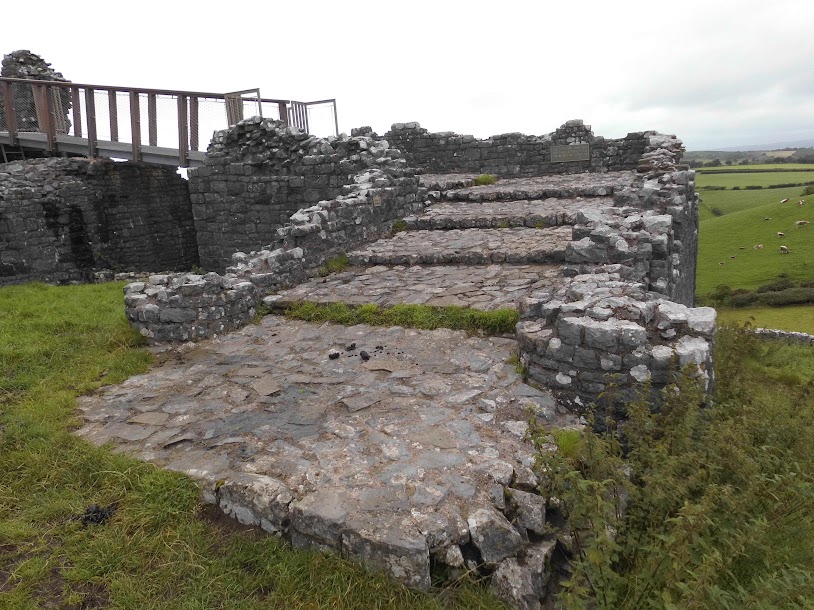 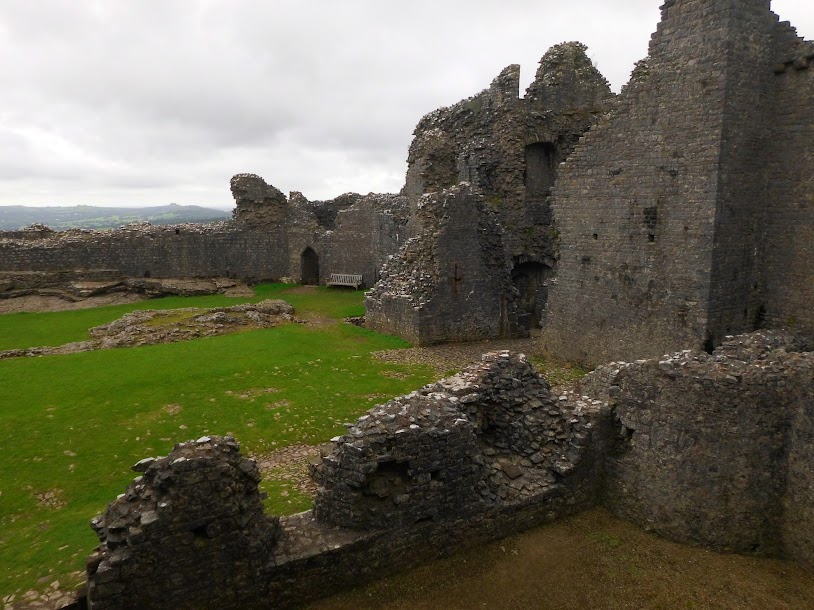 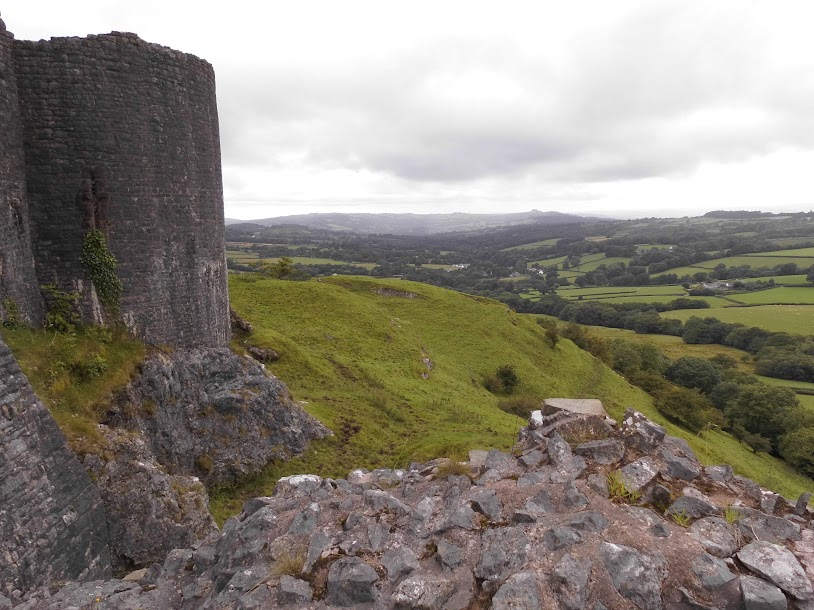 An interesting bit of information about the Carreg Cennen Castle. The second Earl Cawdor owned the castle and began renovations in the 19th century. Ownership shifted to the Morris family, who owns the farmland near the castle. In the 1960s, Cawdor’s legal team worded the deed wrong, including the castle as part of the farm. Today, Margaret and Bernard Llewellyn privately own the castle as they collect 5 English Pounds for every person interested in seeing it. 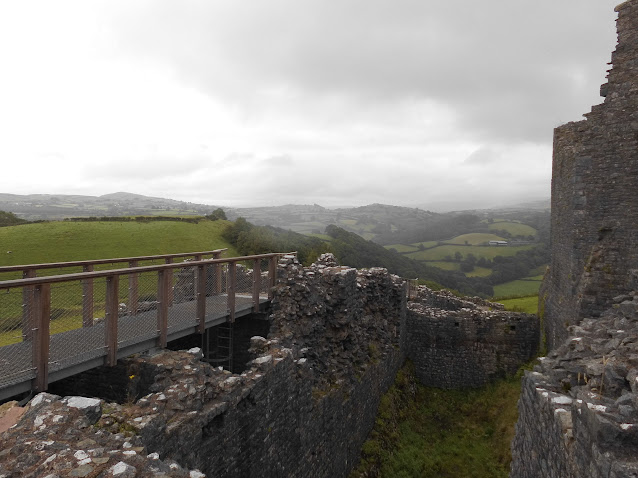 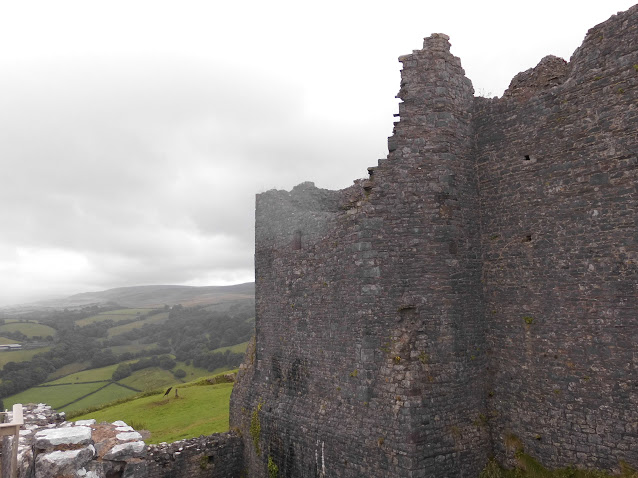 Our next big adventure was through the Brecon Beacons National Park. These are mountain ranges within the central Beacons and the Black Mountains to the east and west, which make up the National Park. 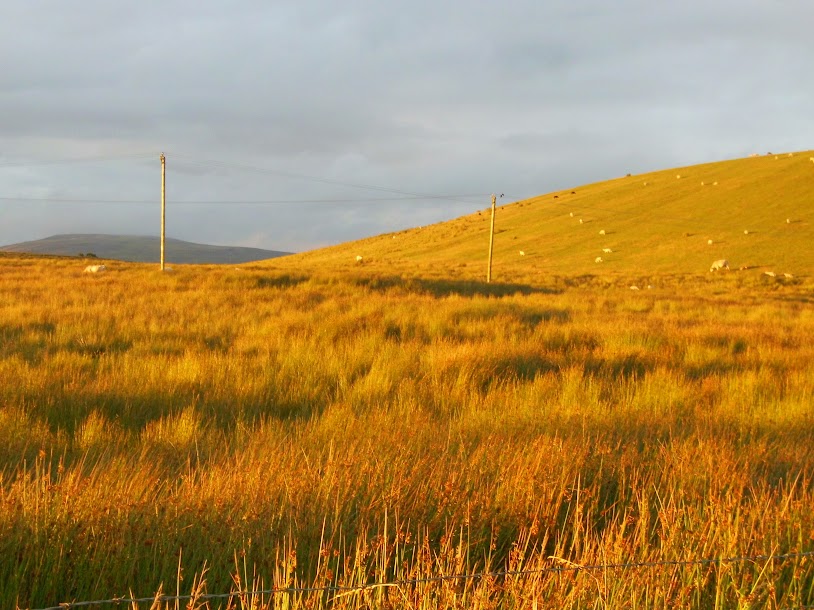 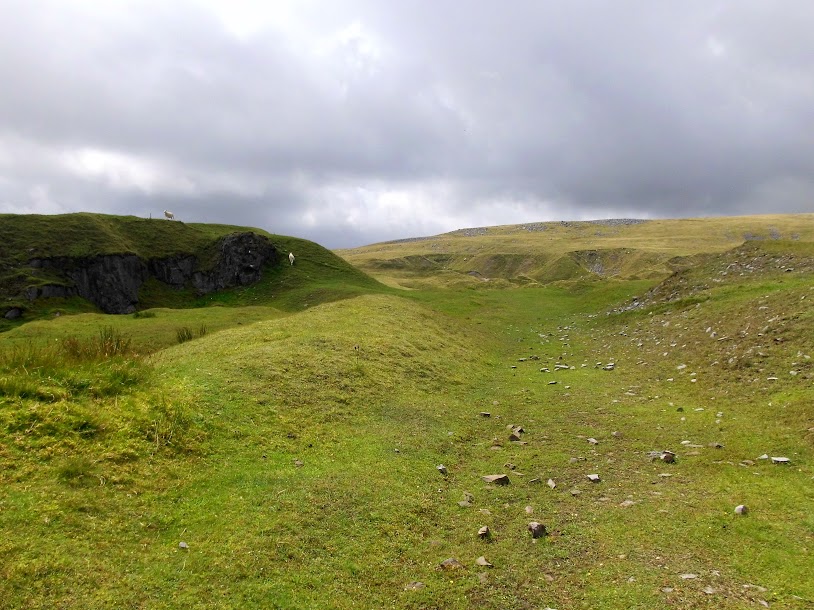 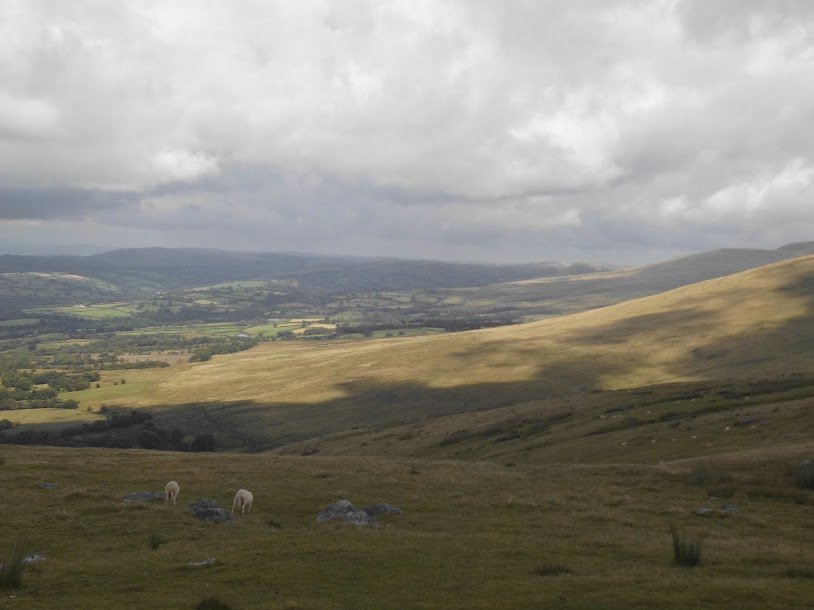 In the 2000s, on one of the hills, a barrow was excavated. Using Carbon dating, they tested the ashes in the cist, which dated to around 2000 BC. The Beacons have many walking paths and roads that curve in and around the hills. Livestock wanders and grazes. 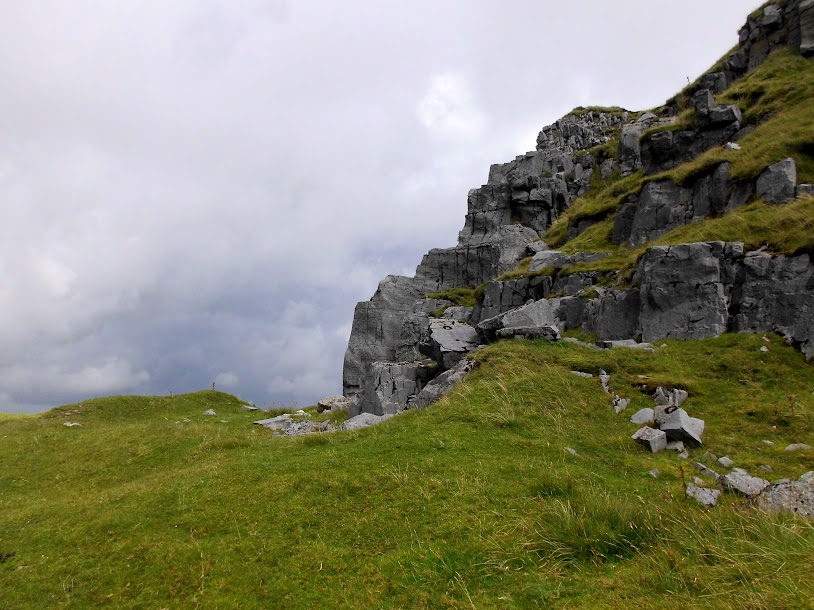 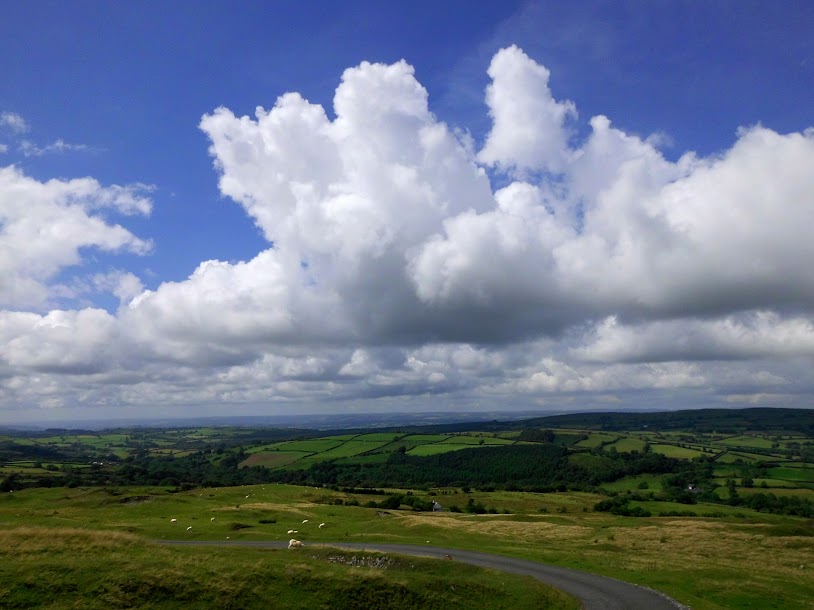 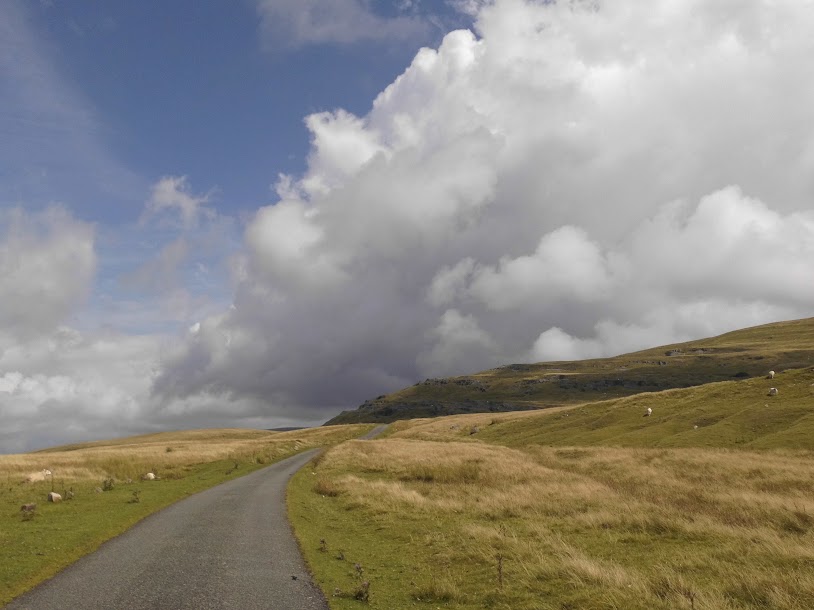 Here we visited the ruins of Talley Abbey. The White Canons (Premonstratensians) Order was established in 1120. They founded this monastery in 1185. In 1193, the Cistercians began an unholy war because they were envious of the Talley estate. Due to the order being broke, the church wasn’t completed; only the graveled area of the church. 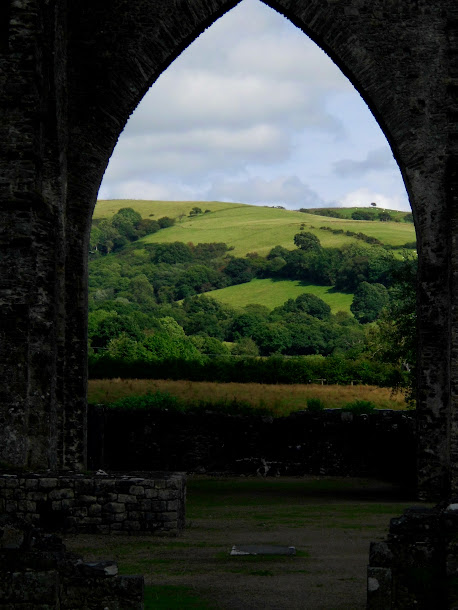 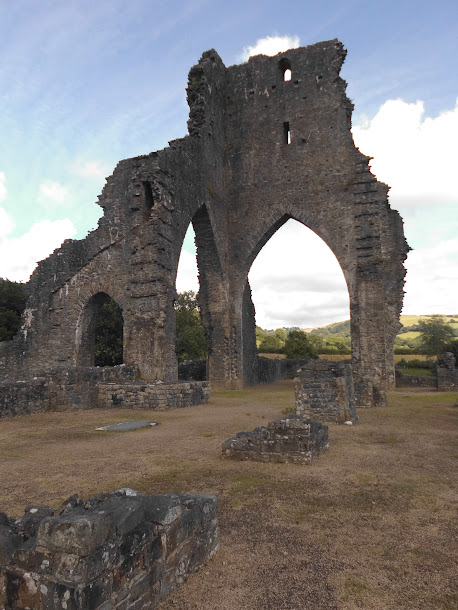 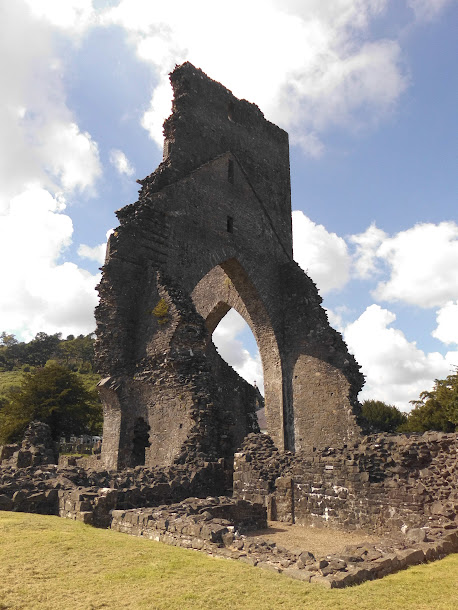 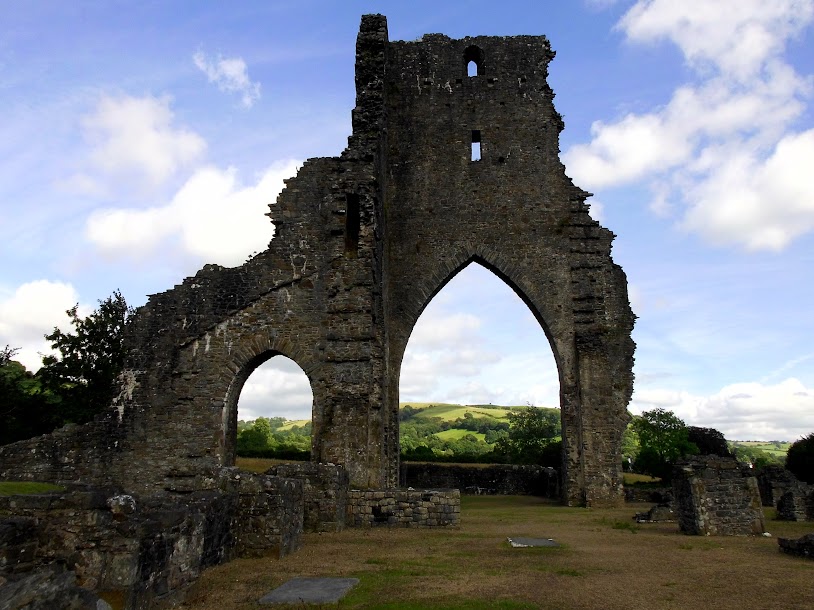 The rest of the pictures were taken in the car, driving back to the chunnel. The first is a tree with feet and the others are from a town called Mayfield. 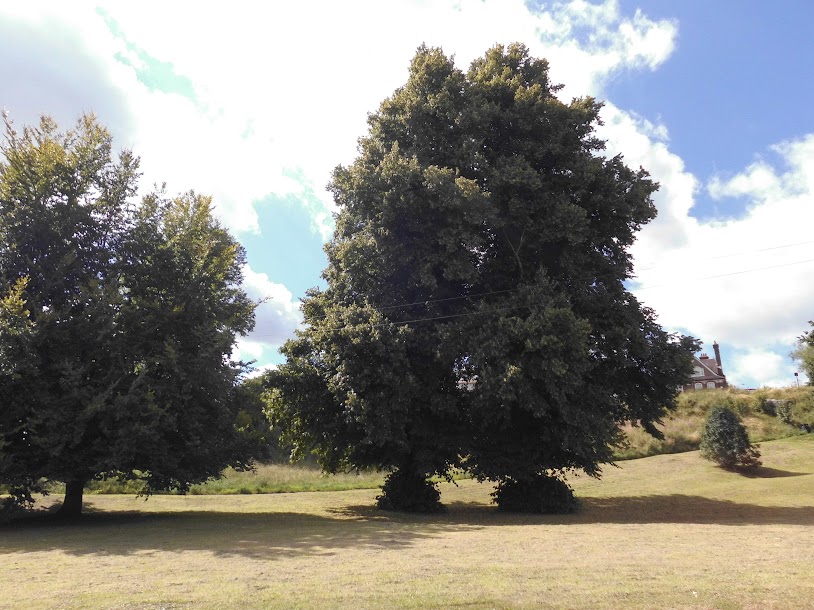 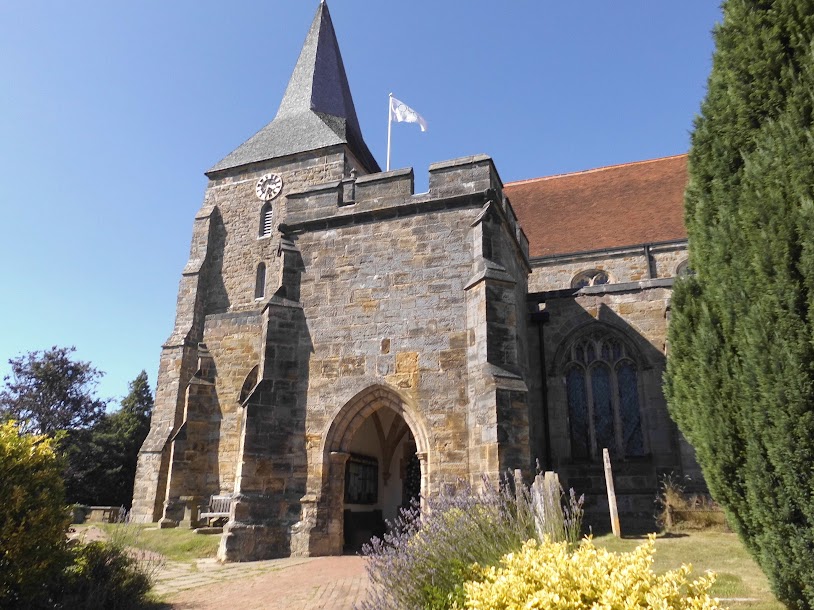 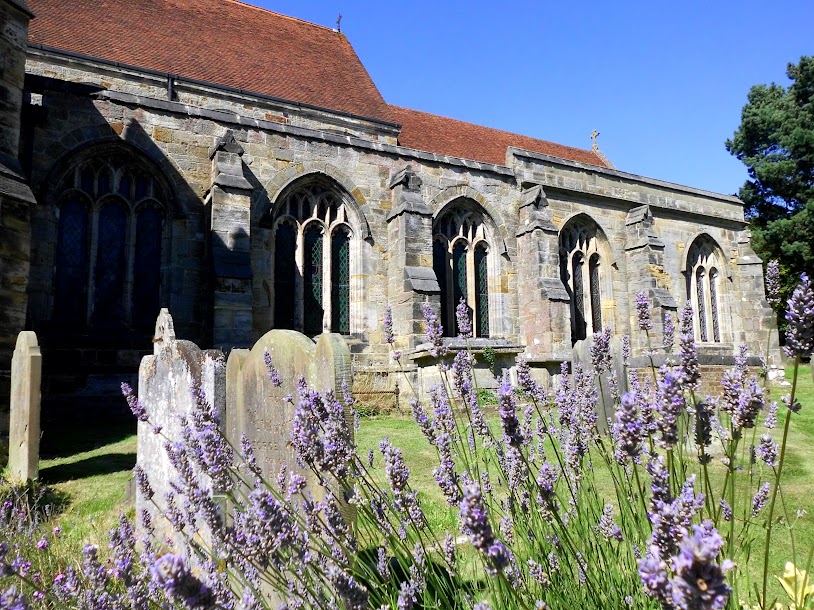 And that wraps up our vacation pictures.

Where did you vacation this summer? Or do you have any trips planned in the near future?

8 thoughts on “Plenty to Do—Plenty to See”